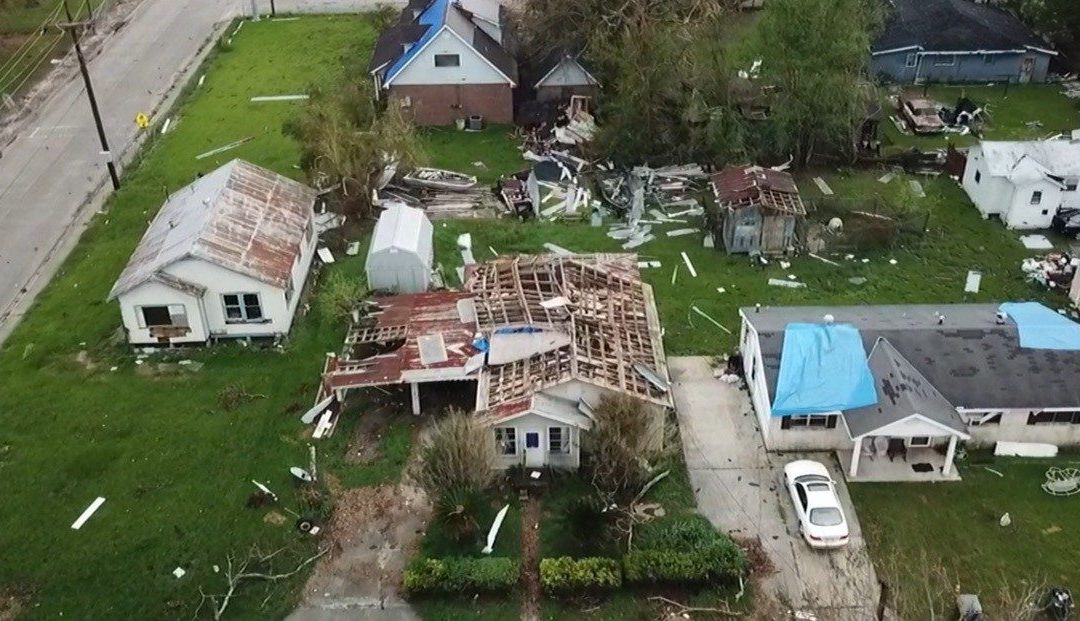 Williams told board members DR has team members headquartered in Morgan City, La., while serving many residents of Houma, La. He said DR continues to serve 10,000 meals a day. Overall, Southern Baptist DR has served more than 250,000 meals in areas affected by the hurricane. 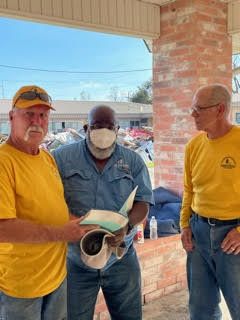 DR team members offer a Bible to a Houma resident they served.

“People in Houma right now, if they want air conditioning, they go out to their cars and sit in air conditioning,” Williams said. “Then they go back to live in their houses which have been flooded.”

Williams is welcoming church groups to come help serve in this area. He said DR recently hosted a group from Weatherford, First.

“If you guys can only spend a weekend (in Louisiana), we welcome you for that weekend,” he said. “We are going to be there for months, and it’s going to be a long time before (many residents) get power back on. But we have a great ministry opportunity. We do physically so we can speak spiritually into people’s lives.”

Williams said Southern Baptists have been able to witness in areas affected by the hurricane and see 97 people make professions of faith in Christ. He shared a story about Martin who had a fallen tree damage his house. DR chaplaincy visited with Martin about having a relationship with Jesus Christ.

“At the end of that conversation, Martin prayed to receive Christ,” Williams said.

For more information about Oklahoma Baptist Disaster Relief, including how church groups can serve in Louisiana or to make a financial donation to relief efforts, visit okdisasterhelp.org.