Preparing and serving hot meals is the backbone of Southern Baptist Disaster Relief ministry.  With this in mind, every Oklahoma volunteer is trained to work on the feeding team.  Specific training is provided in maintenance, warehouse, sanitation, cooking and line serving.

After completing feeding team training, volunteers may train in other areas of Disaster Relief service.  Assessment team members must have previous training in our Disaster Relief chain saw and mud-out recovery work.

Team members go ahead of chain saw and mud-out teams to evaluate damage and inform follow-up teams on scope of each job, including equipment that will be needed.

The chain saw team removes damaged trees and other debris blocking doorways and/or driveways, trees leaning against homes, and limbs broken through roofs or causing a hazard in yards.  Experience in operating a chain saw is desirable, but not mandatory.

Members must be willing to attend training sessions in chain saw operation and safety and must be able to endure strenuous outdoor work.

On the job, every volunteer must put safety first.  Team members are expected to be constantly on the alert for hazards and take the necessary precautions to protect both themselves and others.  Volunteers are required to use safety gear to protect hands, head, ears, and eyes, as well as wear the proper clothing including chaps.

This group of volunteers cleans outhouses, garages, sheds, barns, yards, streets, and community areas, helping people to have a safe environment after a disaster has occurred.  Often the job is to gut out a flooded building, preparing it for repair.

Members must be in good physical condition and willing to work in unpleasant, dirty situations.  Volunteers need to be conscious of health and safety hazards, taking necessary measures in order to keep themselves and others out of harm’s way.

This team gives aid to relief workers and others who are in need by providing showers and laundry support in the disaster area.  The trailers have private shower stalls as well as washing machines, dryers, storage and folding areas.  Volunteers receive and assist those requesting their services, do laundry, sanitize showers, empty trash, replace needed supplies, and keep the trailer area neat.

December 11, 1973 – BGCO Board of Directors adopted a plan for disaster relief ministry. The plan entailed organization on a local church, association, and state convention level. Included was: financial aid, immediate emergency assistance, and repair/rebuilding as necessary and requested.   This began to be implemented. When Alaska was hit by earthquake, men went to help with repair and re-building of damaged churches.

The first response given financially was in North Central Oklahoma (Enid area) when flash flooding destroyed much property. A free-will offering was taken in churches throughout the state and over $25,000 was divided among all victims (individuals and churches).   In 1974 another appeal was made for an offering to be received for victims of a devastating tornado in the Drumright/Olive area.

Subsequently, an amount was set aside from the Oklahoma Cooperative Program budget and the Edna McMillan state missions offering for a permanent Disaster Relief fund. Funds for disaster victims are to be requested and distributed by the association in which the disaster occurs.

From that first team response in mass feeding at a disaster site, the ministry has grown to massive proportions. Over 5000 trained team members are organized into five geographic zones encompassing the state. They are trained to respond quickly and provide hot meals to large numbers in a short period of time. After the 2004 Florida hurricanes, over 14,600 hot meals prepared were prepared in one day from the large mobile kitchen – a new record high. 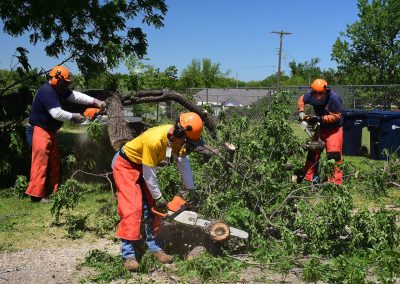 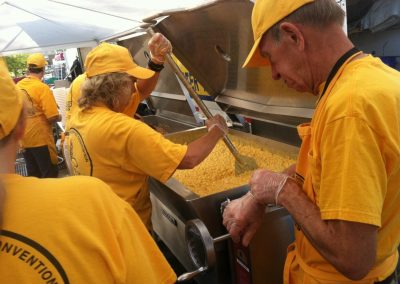 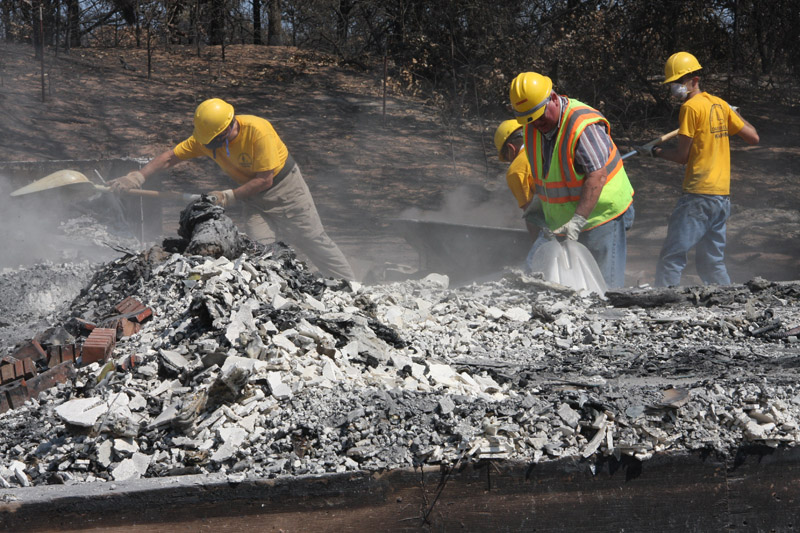