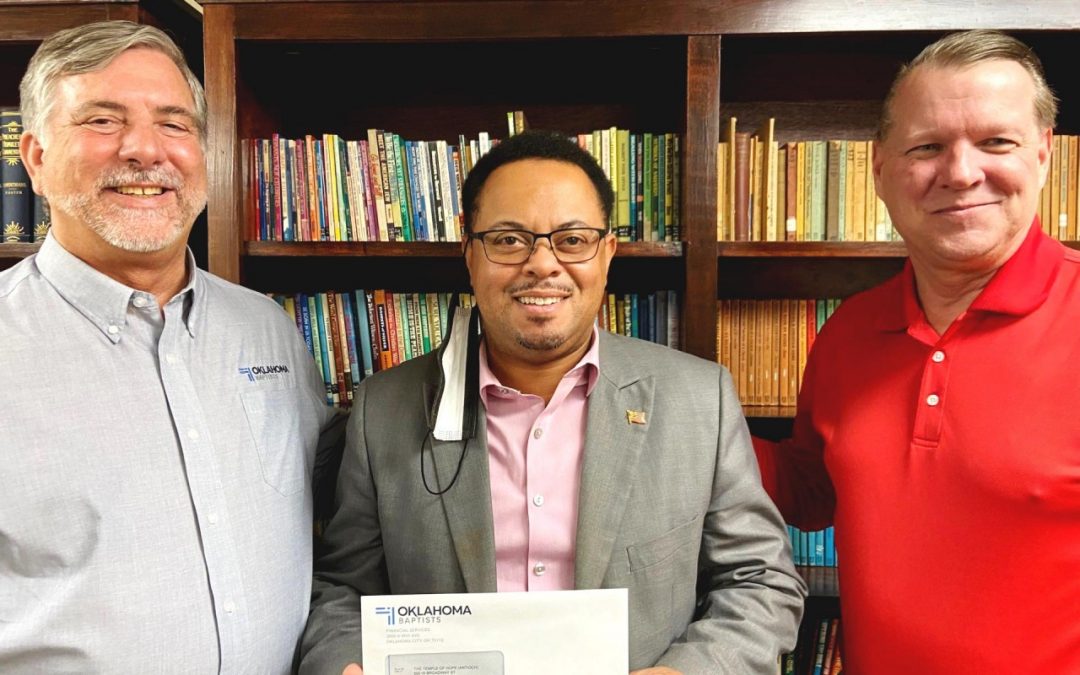 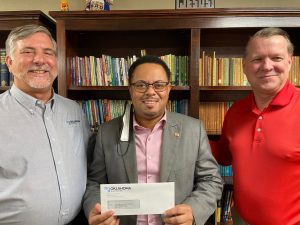 Don Williams meets with Pastor Marlon Coleman of Muskogee, Antioch and Clayton Griggs, director of missions in Muskogee Association, and offers Coleman a financial assistance check for his church.

Don Williams did not know he would be busy in early March. The arctic weather that swept through Oklahoma in mid-February had unexpected results with many churches across the state.

Williams, who serves as state director of Oklahoma Baptist Disaster Relief (DR), spent the first few days of March providing financial assistance to seven churches that experienced flooding as a result of pipes freezing and busting. Thankfully, DR has an assistance fund that was created soon after the May 2013 tornadoes affected most of the central region of Oklahoma.

Along with the assistance fund, Tennessee Baptists made a contribution to help Oklahoma Baptist churches that were affected by the February winter storms.

“Wes Jones is the state director of Baptist Disaster Relief in Tennessee,” Williams said. “And he called me asking if any churches needed assistance from the storms. We are very thankful and appreciative for Tennessee Baptists helping Oklahoma Baptists.” 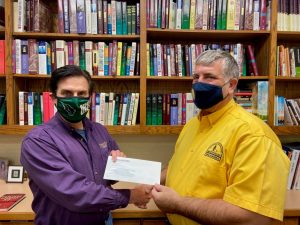 Williams said Shawnee, First had to pump 110,000 gallons of water out of their building. Muskogee, Antioch, Williams said, had their building declared totaled by the insurance company. The other churches also experience major damage. Fortunately, through DR, these churches are receiving support. 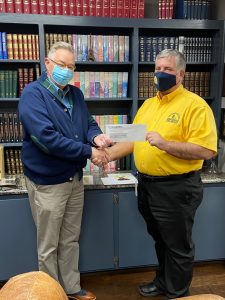 “This is another great opportunity for Oklahoma Baptists to serve,” Williams said. “Whether it’s due to a virus or busted water pipes, we have to see how we can help people in times of need, especially when it involves our churches. It is another way we can advance the Gospel together through serving.”

For Oklahoma Baptist churches needing financial assistance due to damage from winter storms, email Williams at dwilliams@oklahomabaptists.org, or church leaders may contact the director of missions in their respective association.