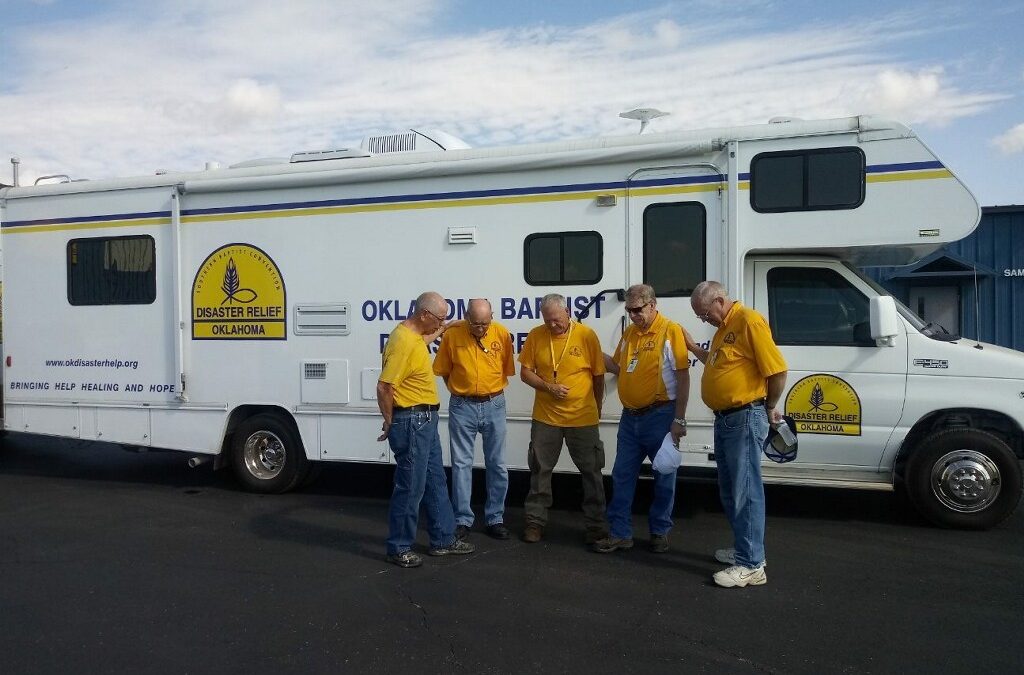 According to Don Williams, state DR director, Oklahoma Baptists are providing one of six large kitchens to open in affected areas. Williams said the team will overnight in Shreveport, La., before heading to its stationed area of service, which will be determined later today.

“We are ready to serve,” Williams said. “Oklahoma Baptist DR volunteers have been trained and prepared to serve those affected by this hurricane. We praise the Lord that we are able to serve Him and share Christ to those who need to hear the Gospel.”

Oklahoma Baptist DR has consistently helped hurricane victims and other victims of disasters on an annual basis.

Williams said DR volunteers will be taking COVID precautions as they serve.

Louisiana Baptists news journal Baptist Message reported that more than 990,000 Louisiana businesses and homes had no electricity at 10 p.m., according to poweroutage.us. The number was expected to increase as the storm continues to move across the state. The entire city of New Orleans had no power Sunday evening due to “catastrophic damage,” EntergyNOLA wrote on Facebook.

New Orleans Seminary President Jamie Dew posted on Facebook Sunday evening that the school was without power and had major tree damage. He added that no flooding was taking place on campus.

“Pray that holds,” Dew wrote. “We will know much more at daylight. If evacuated, DO NOT attempt return until we communicate when that is possible. For now, pray for #NOLA.”

“Thanks again for the prayers and support,” he wrote. “Praying for nothing worse. But praying even harder for those in the direct pathway of #Ida.”