Harvey victim ministered to by Oklahoma DR Chaplain in Houston 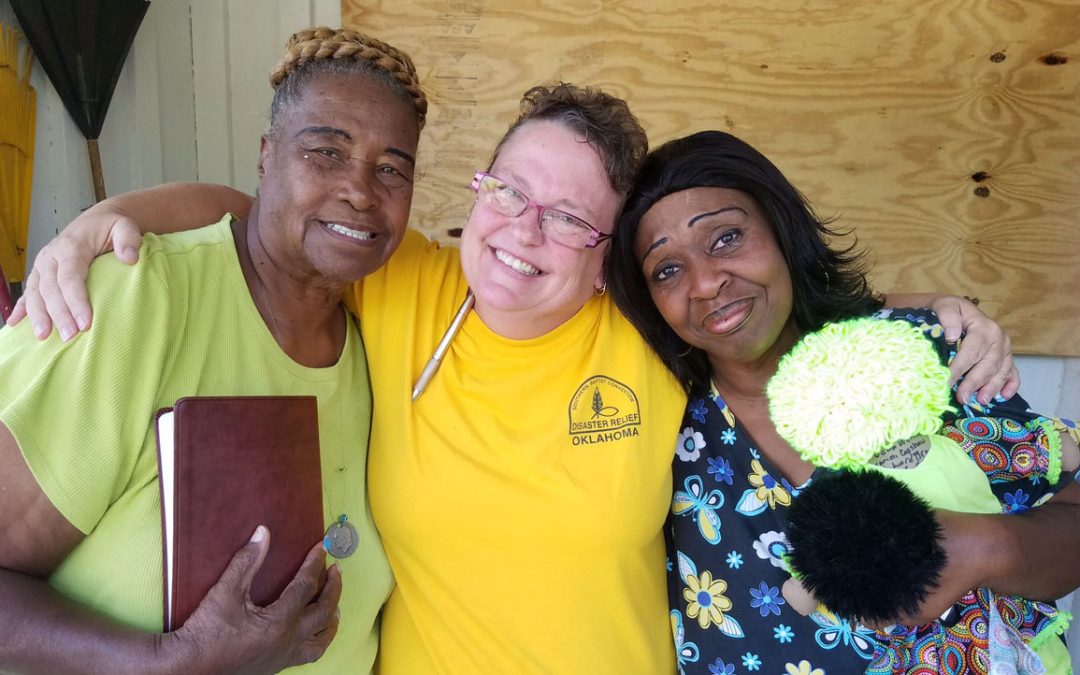 HOUSTON—Postal carriers are famous for their tenacity when it comes to delivering mail and packages every day, clinging to the mantra of “Neither snow, nor rain, nor heat, nor gloom of night stays these couriers 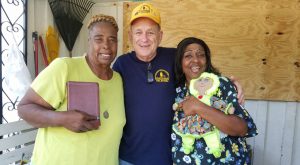 from the swift completion of their appointed rounds.” Yet, an unnamed carrier in Houston took that creed to a higher level recently when he helped deliver help and hope to an elderly widow whose rented home had been inundated as a result of the landfall of Hurricane Harvey along the Texas Gulf Coast on Aug. 17.

Harvey is the wettest tropical hurricane to ever hit in the contiguous United States, dumping more than 40 inches of rain over a four-day period with a peak accumulation of 51.88 inches in some areas. A least 83 confirmed deaths; one in Guyana and 82 in the United States, have been attributed to the storm. Economic losses are estimated at up to $200 billion, with a large portion sustained by uninsured homeowners.

On his rounds, the postal carrier came to the home of “Ms. Kelly.” He heard weeping and found her standing in water in the backyard of her residence. She told him she had waded through waist-high water in the house for more than two days. The carrier told Ms. Kelly he knew where she could get some help, and he put in a call to the Oklahoma Southern Baptist Disaster Relief operation headquartered at First Baptist Spring, TX.

Word of Ms. Kelly’s plight reached Dan Fuller at the DR Incident Command Center at the church. Fuller, a long-time Oklahoma DR volunteer and leader, was coordinating chaplaincy services in the Houston area. He responded by dispatching Oklahoma chaplain Mel Sparks (Bethany, First), who was accompanied by trained assessor Christi Capshaw, a member of Dennnison, Texas, Parkside, to visit the distraught widow.

Capshaw and Sparks ministered to the Jonesboro, La. native and began the process of getting her home cleaned out. They also made arrangement to have new furniture donated by a local company delivered when the clean-up is finished. The next day, they returned and prayed again with Ms. Kelly. Sparks gave her a new Bible and some cash which had been raised by a Sunday School class at First Baptist Lawton East, OK.

Capshaw also gave “Helen” a Raggedy Ann doll, “Because everybody needs a hug!”

No longer weeping, Ms. Kelly celebrated God’s provision by voicing hymns and singing prayer back to God. Her fervent praise and thankfulness were an inspiration to Capshaw and Sparks.

“She was a delight and we were the ones who were really ministered to when you get right down to it,” Capshaw said.

“It’s an experience I won’t forget,” agreed Sparks, who has been a DR chaplain for six years. “I’m so grateful the Lord gave us the opportunity to help her and to be blessed by her in return.”

DR efforts in the Houston area will continue for many months. Oklahoma Baptists are urged to make a one-time or monthly tax-deductible contribution to the effort at www.okdisasterhelp.org. All donations given through Baptist General Convention of Oklahoma Disaster Relief go toward current responses and preparation for future disaster responses.