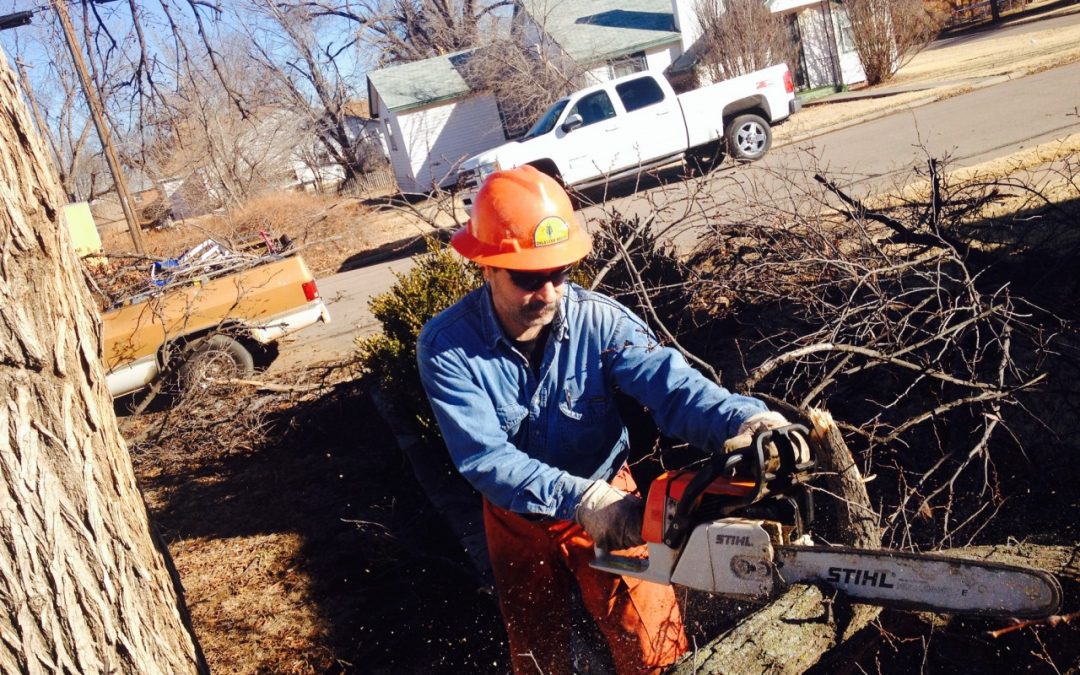 BUFFALO, Okla. – A section of the northwest region of Oklahoma was impacted by the recent ice storm that began Thursday, Jan. 12. Sam Porter, Disaster Relief (DR) director for the Baptist General Convention of Oklahoma, is projecting clean-up in this area will take two and a half weeks for DR volunteers.

“The impacted area is from Beaver to Laverne to Alva and Buffalo and went south to Vici and Arnett. It hit the extreme northwest corner and the eastern end of the Panhandle,” Porter said. “It’s about a 40 by 60-mile rectangle that just pounded extremely hard in northwest Oklahoma.”

Currently, DR has nine chainsaw teams working the area, Porter said, but he is expecting more this weekend.

“We have two more (chainsaw teams) coming in, but we are shooting to have 100 chainsaw guys on the ground for the next full week or two to knock this out because we are still in the middle of winter. In the long range possibility, we may have another front coming,” he said.

At midweek, DR has more than 300 requests for service and is expecting more. Priority of service is given to senior citizens, widows and people with disabilities.

“First Baptist Woodward doesn’t have a senior pastor right now, but the church staff has been awesome,” Porter said. “First Baptist Laverne and their pastor Donnie Scott really have done well. We have a shower trailer set up there, and they will host three chainsaw teams.”

Though northwest Oklahoma was affected, Porter said it could have been a lot worse.

“At first it was projected to cover at least half of the state,” he said. “We really dodged a bullet. I think cleanup will be a two and a half week (project) if we can maintain 100 (DR volunteers) on the ground every day.”

For the latest updates, or to support Oklahoma Baptist DR, visit www.OKDisasterHelp.org.