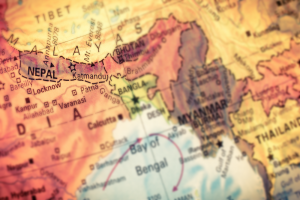 KATHMANDU, Nepal—Baptist Global Response (BGR) teams immediately began assessing relief needs in Nepal in the aftermath of a massive 7.8 earthquake that shook Kathmandu Valley April 25. An initial $50,000 was released to assist with the first-stage response.

“BGR teams were on the ground and began to put a more definitive plan in place for assessing the damage and need,” said Pat Melancon, BGR’s managing director of disaster response and training. “The teams will examine the overall need and decide how we can best respond, with a focus on providing what is needed to sustain life during the initial stages of the relief operation.”

News reports from Kathmandu, the capital, indicated frightened residents sleeping in streets and open areas as aftershocks continued to rattle the area. The death toll soared past 2,500 as planeloads of relief supplies and workers began arriving. Hospitals were overcrowded with the injured, and relief workers expect to see people sickened as they drank contaminated water.

A Westerner caught in the quake zone told the New York Times she saw building after building collapsed in one community of the Kathmandu Valley. People were digging through debris by hand, trying to rescue buried survivors. Yet many people asked her group if they needed food or water, and several invited them to spend the night.

“This is why I love Nepal,” she said. “People here help one another because they know the government often cannot. They reach out to one another, and they persevere.”

Initially, BGR will be working with teams of national partners who were equipped just two months ago with Sphere Project training, which defines the international best-practices standard for meeting people’s needs during a humanitarian crisis, said BGR Executive Director Jeff Palmer.

Nepali officials fear the disaster situation could be even more serious near the quake’s epicenter 50 miles northwest of Kathmandu. Remote mountain villages may have been completely buried by rockslides, but roads to that area are blocked. Efforts are being made to reach those villages by trekking through mountain trails and deploying helicopters.

The leader of BGR’s coordinated response, Francis Horton, asked supporters to pray that people in the quake zone would receive the shelter and lifelines they need to survive, that first responders would have the resources they need to help people, and that the BGR assessment team would have knowledge and good judgment as they begin to put together a response plan.

“As soon as the emergency phase, which includes search and rescue, clears then the BGR leadership from the international office and the regional BGR directors will make a plan and then call out those that are most needed to assist in the response,: said Sam Porter, Baptist General Convention of Oklahoma (BGCO) disaster relief director. “They have trained several hundred Baptist disaster Volunteers in the past two years all over the world. The BGCO disaster relief team has about 60 BGR- trained individuals who are qualified to respond internationally if they are needed in the future.

“I personally know all three men living in that region of the world who will be making the assessment.  I fully trust their leadership and judgment on what needs to happen next.

“The greatest thing disaster volunteers can do now is continue to pray for the Holy Spirit to lead these men and give them discernment for meeting overwhelming needs in the areas that are impacted.”

“This massive quake will take a very long time of long term response from people all over the world,” Porter said.

“Those wishing to help financially may donate through BGCO disaster Relief, and we will make sure that the money reaches those in need. We will keep you informed as more information and opportunities to serve become available.