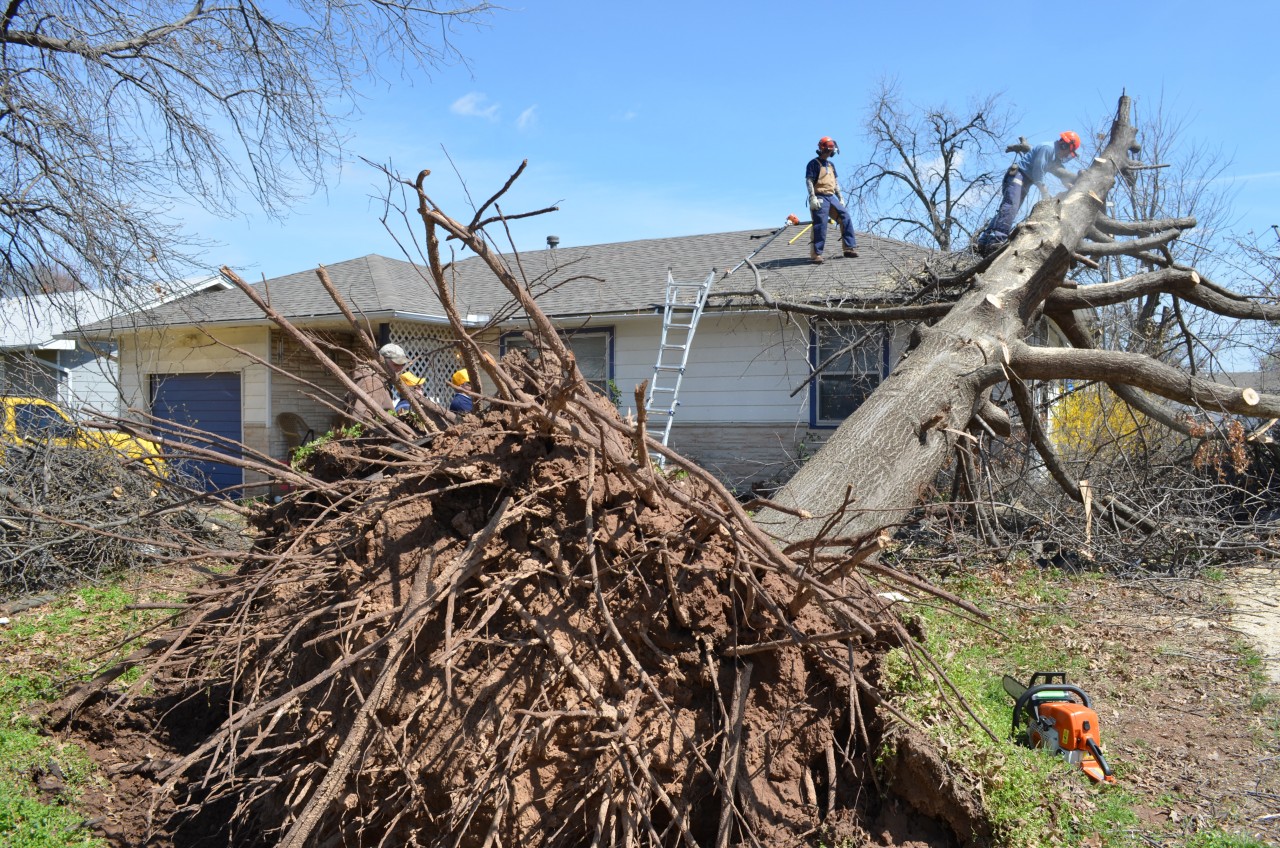 TULSA–Clean-up and feeding efforts by Baptist General Convention of Oklahoma (BGCO) disaster relief volunteers in the Oklahoma City and Tulsa metro area were expected to continue only through the weekend of March 28-29, according to BGCO disaster relief director Sam Porter, who toured the most severely impacted areas of Tulsa, Sapulpa and Sand Springs on Fri., March 27.

“We have had three assessor teams at work in the Oklahoma City area Friday and one tarping team, while three chain saw teams, two tarping teams and a combined feeding unit from two Tulsa Metro Association areas were at work in the Tulsa area,” said Porter. “Tarping teams cover damaged roofs with blue tarps to prevent the homes from further damage in the case of rainfall.”

Feeding unit leader Lou Martin of Sapulpa reported that the 31-member crew had prepared 550 meals for lunch March 27 and another 550 for the evening meal that day. American Red Cross Emergency Response Vehicles delivered the meals to affected areas.

Porter, who said BGCO disaster relief volunteers are motivated by their Christian faith to serve people in need, also visited Keystone Hills Baptist Church in Sand Springs, which sustained major damage to its auditorium in the storm.

For more information about the Oklahoma Baptist disaster relief operation, or to make a tax-deductible donation, visit www.okdisasterhelp.org. 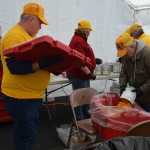 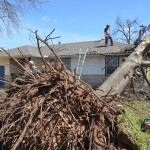 A chain saw crew from the Northeastern Baptist Association works on removing a massive tree from a homeowner’s residence in Sand Springs. (Photo: Bob Nigh) 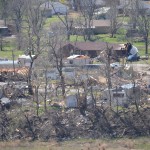 Damaged homes in the trailer park in Sand Springs along the Arkansas River. (Photo: Bob Nigh)

BGCO Disaster Relief Director Sam Porter, right, visits with, from left, Larry Dyer and David Healey, members of Sand Springs, Keystone Hills, which was severely damaged by a twister March 25. The church auditorium in the background is essentially a total loss, Dyer said. (Photo: Bob Nigh)