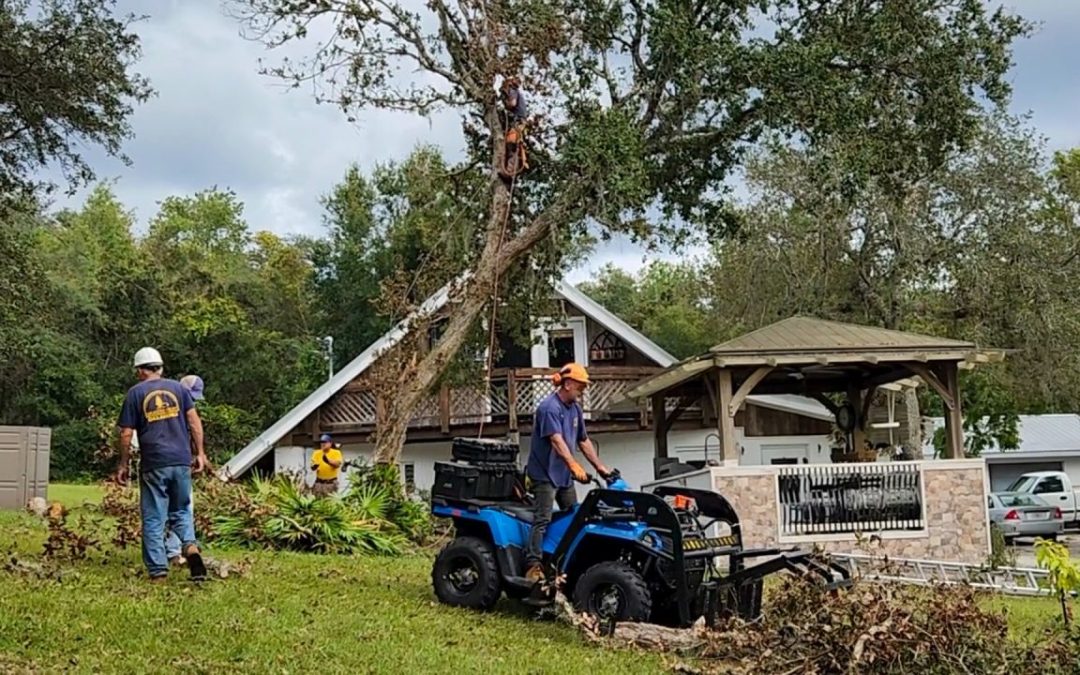 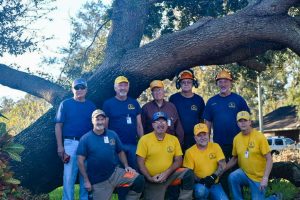 EDITOR’S NOTE: The following narrative was provided by Randy Swift, associate pastor at Claremore, First, who was serving on a chainsaw team in Daytona Beach, Fla. with Oklahoma Baptist Disaster Relief (DR). For those interested in more information on DR or would like to make a financial contribution, visit okdisasterhelp.org.

It’s Monday, Oct. 3, 8:37 p.m.— the call goes out to Claremore, First for relief effort after Hurricane Ian’s devastation throughout Florida. The team is briefed on Wednesday (Oct. 5) for deployment to Daytona Beach. By Friday (Oct. 7), nine men depart at 6 a.m., having shuffled schedules to meet the physical and spiritual needs of those whose lives have been upended.

It would take two days across seven states to get to Daytona Beach, Fla., First, which served as our host for approximately 70 Oklahomans whose hearts to serve in selfless sacrifice met people who were desperate for hope. In addition to this crew were an Incident Command, three mud-out teams and a remarkable kitchen crew that fed everyone well. Upending their facilities and continuing to function in their own ministry efforts, Daytona Beach, First should be commended with a “job well done!”

The first week of any deployment is quite an undertaking that requires much flexibility to meet the needs of both the teams and the church, so that they can function as best as they can with the intrusion. This week required multiple set-ups for sleeping arrangements. The church needed all its space on Sunday, resulting in all bedding and luggage being stored, and then the worship center transformed into sleeping quarters for all the men. Headphones or earplugs are a must on DR trips as the symphony of snores does not create the symphonic sounds that eases one to sleep!

Sunday worship was a blessing to celebrate with the people of Daytona, First. Both services were packed as those affected by Hurricane Ian were prayed over. We gave praise for the Body of Christ and its response by serving the community and lifted the name of Jesus in Word and song.

Now it was time for work. In events such as a hurricane, it takes a little time for word to get out as to how people can find assistance. Incident Command orchestrated that effort, along with the church, and the work orders began to trickle in. As a result of the slower response, the chainsaw crew was able to love on the church that afternoon by removing several trees, reposting several directional signs on the property that had been blown over and stood a large palm tree with the hopes of it replanting itself.

Monday through Friday (Oct. 10-14) looked much different, as the chainsaw team found its way into multiple communities, including Daytona, DeBary, Deltano, New Smyrna, Port Orange and Orange City. This area received a significant amount of water and wind damage. The responsibility of this crew was to bring assistance to those with downed trees. Several required removing trees from off the house and carport. Others were downed because of the wind and the saturation of rain that Hurricane Ian produced. This team completed approximately 24 work orders in five days.

The Call is more than a phone call. It’s a mandate that this chainsaw crew sees for Gospel encounters.

It’s a first responder who has been overwhelmed by the circumstances of his life in recent days who needs assurance that Jesus is real, and He makes a difference.

It’s a call to love on Leslie who said her husband would once again agree to go to church because of the kindness shown to their family.

It’s Julio, from Venezuela, who believes that works equal salvation and gets to hear the Gospel and receive a Bible to point him to Truth.

It’s Laurie who has been angry with God at the loss of her husband last year, at a loss because of a $35,000 bid for the tree work and desperate for help.

This chainsaw crew worked hard! Downed trees and debris were removed from yards, and the fulfillment of meeting needs in the name of Jesus opened doors for Gospel presentations and brought great joy to many Floridians.

When The Call comes, be sure to answer.