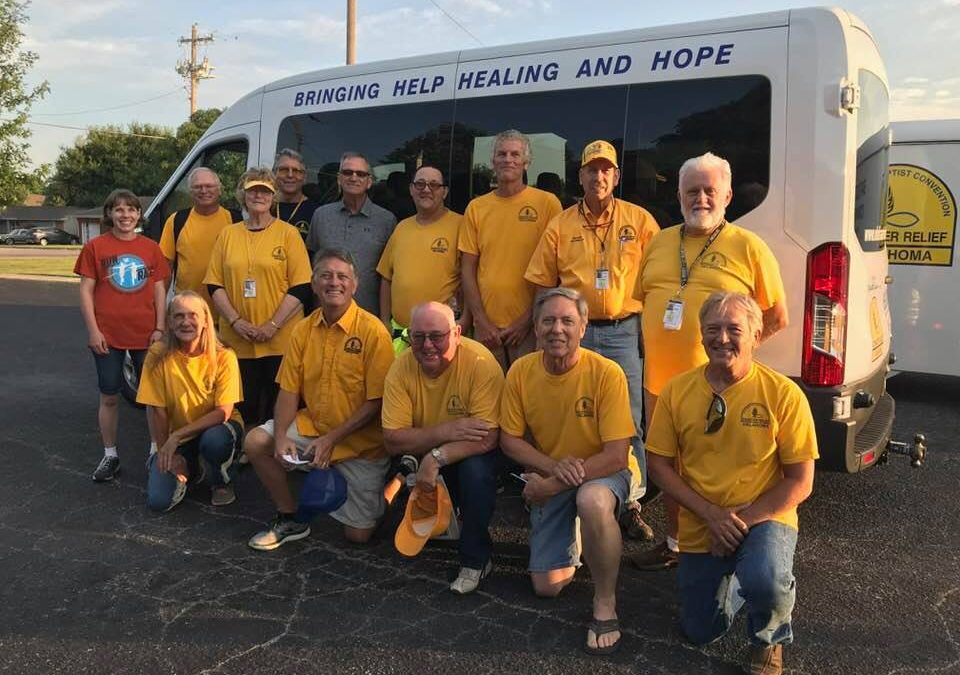 OKLAHOMA CITY—Oklahoma Baptist Disaster Relief (DR) has worked tirelessly throughout the month of June and into July in Connecticut, Texas, Puerto Rico and now in Colorado. 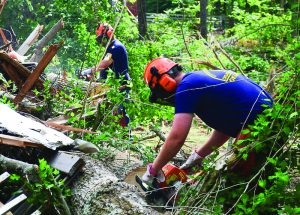 Late May tornadoes and microbursts left communities in Connecticut crippled by large, downed trees, power lines and damaged homes. DR sent four teams to assist the communities with cleanup and tree removal. Bibles were given to families whom DR assisted in storm cleanup.

Two DR teams consisting of 23 volunteers traveled to Puerto Rico to help rebuild after Hurricane Maria caused widespread devastation to the island country in September of 2017.

Don Williams, state director for Oklahoma Baptist Disaster Relief worked alongside both teams and pastors of the two churches, Church of the Resurrection and Church of Lomas.

Williams said he spoke with DR volunteers at both sites where morale was high. “When you’re doing what God has called you to do, you get that feeling that you’re in the best place that you could be,” he said. “And both of those churches felt that as well. Both of them said these are the best DR people in the world.” 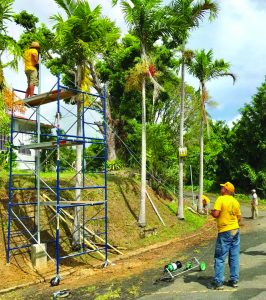 Oklahoma Baptists welding and pulling electrical wire for the Baptist Church of Lomas in the rain forest of Puerto Rico.

Much of southern Colorado has been affected by the “Spring Creek” fires. Colorado DR partners requested support from Oklahoma Baptist DR to relieve Colorado teams of their service. The feeding team sent by Oklahoma Baptist DR will serve National Guardsmen, firefighters and other first responders and staff.

According to preliminary reports, more than 100 homes have been destroyed. Chaplains and assessors will being the process of recovery with home and landowners in the area.