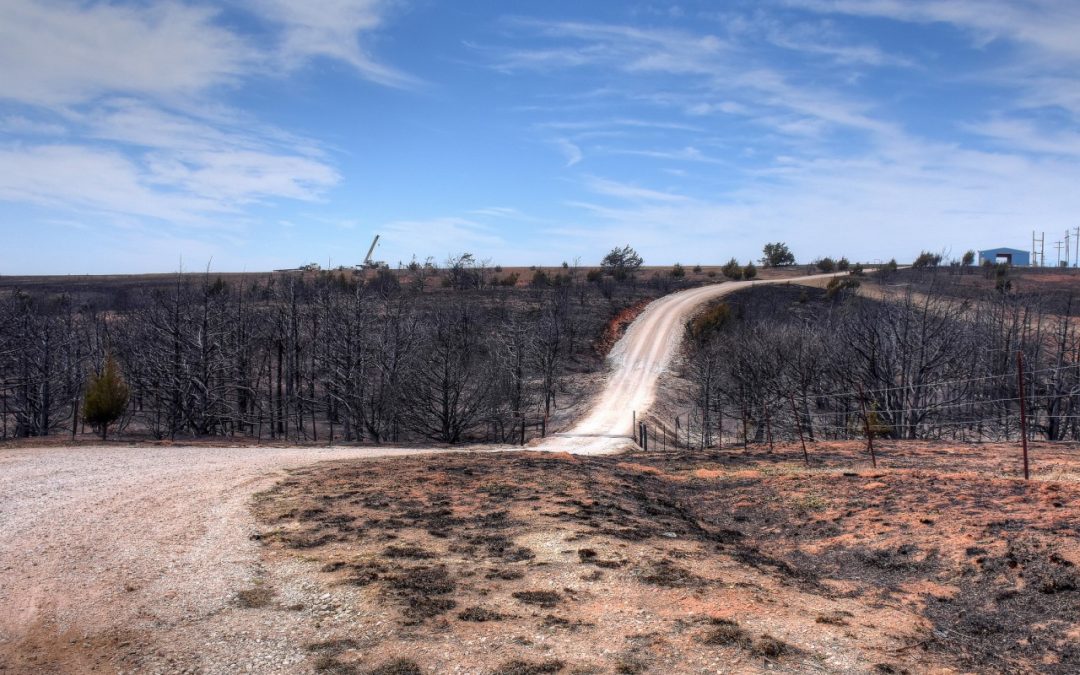 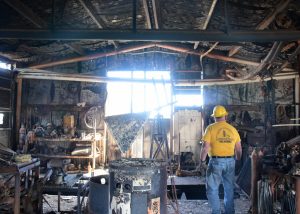 A Disaster Relief Volunteer surveys the damage inside a home burned by the western Oklahoma wildfires. Photo by David Crowell.

Don Williams, DR state director, said preliminary DR figures estimate nearly 100 homes were affected by the blazes, whether that be partially damaged or entirely burnt down. “We have begun to work on the almost 20 job requests we have received and expect more in the future,” Williams said.

Senator James Lankford and his wife, Cindy,  joined DR volunteers in western Oklahoma on Sat., April 21 to survey the damage sustained to families’ property as a result of the wildfires.

In most cases, families had little-or-no warning before having to evacuate their homes due to the fires spreading primarily at night.

One family fled their home when they saw flames creeping over the hill of their family farm. They were able to take very little with them due to the rapidly advancing flames. This family lost heirlooms like a family quilt made by the wife’s mother who died two years ago.

Another family who participates in rodeos across the country lost their home entirely. From a safe place off of their property, the family watched on television their home burn, while monitoring the fire’s advance. Thankfully, the family’s barn did not burn, which housed years of rodeo trophies and memorabilia valued by the family. 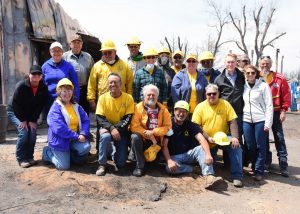 Homeowners pose with Disaster Relief Volunteers as well as Senator James Lankford and his wife Cindy. Photo by David Crowell.

Another tragic loss involved a gentleman, whose wife died two years ago, losing the home where the couple raised six children together. His daughter forced him from the home that was attached to his oil service business building.

All of these families were served by DR volunteers in the wake of tragic loss. DR “ash-out” teams assisted in clearing the debris from what were once family homes, but now remain a total loss.

DR helped connect families with the Vici Community Center and shared the love of Jesus with the families to help restore hope and have faith in a better tomorrow.

Through DR and Oklahoma Baptists efforts, with the help of local fire departments, the Vici Community Center and members of Woodward, Lincoln Avenue, there is now hope in what looked like an otherwise hopeless and grim time for families affected by wildfires.